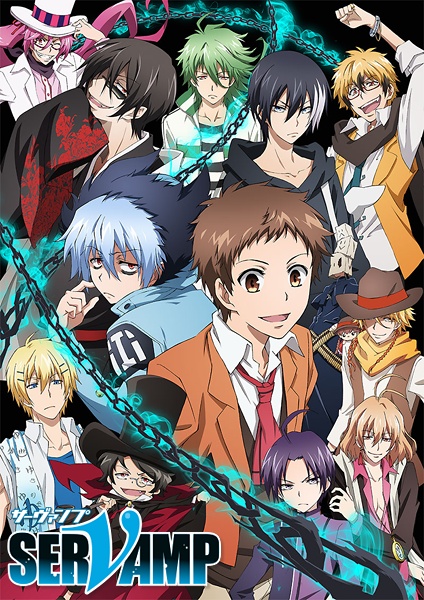 Oh great another Vampire series! What could go wrong? Well honestly not to much. I enjoyed this series frost start to finish.

Let’s start with the characters. So far of the series I have finished for the Summer 2016 selection it had the best character building yet. It’s downfall is it may have had two to many characters for us to follow. It’s ok if the character shows up for an episode and leaves but when they are in most of the show you feel no connection to them. But they did do a good job at making me feel connected to the MC and a later character that came in. Even made me the viewer feel connected to a friend turned enemy with the background we received. It was short but it was enough to put the puzzle together. Other characters they tried to give some background information on was lackluster.

Having a MC struggle with the changes going on with them once they enter the world of vampires is nice. I tend to enjoy a series that doesn’t have the MC super overpowered(OP). Even at the end I wouldn’t call it OP but confident.

The animation was nice. It had cool looking details on attacks, weapons, and spells/skills the characters used. The fighting was more of throw a few punches or a ranged attack and talk. So the fights are nothing to write home about but they are nice when they happen.

The music works well and some of them went very well with what was going on, on my screen. Some even tugged at me a bit.

The comedy in this action show was done very well. Even the comedy in fights it didn’t break anything up it kept with the character we got introduced to and was a very in character thing to do but was still funny. The other comedy parts took place during easy going parts of the show.

I gave this a 7/10. What kept me from giving it a higher one? I feel if the series went 24 episodes it could have gotten a 9 from me. Some aspects of the story could have been explained better or more info could have been given during the parts we did get. The build up to the final fight would have felt more epic and it would have given more time to build the other characters we followed and made you more attached to them.

I would recommend this anyone who is looking for some action and comedy with a slice of vampires. It does a bit different from other vampire shows. If you are wondering to watch this or another series try out this one.