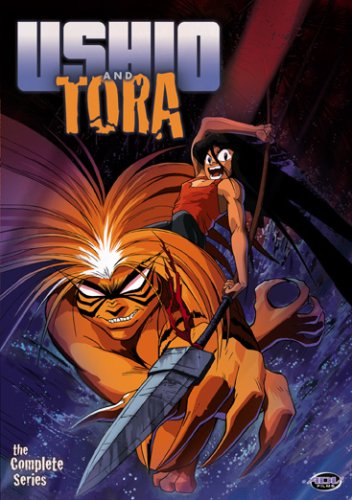 I first picked up this series when I was looking for something to watch. When I first started to watch it I felt it was the same old idea of boy finds weapon, boy fights bad guys, boy wins, everyone is happy. Felt that was going to be a very dull then looking at when the source material came out had little hopes for it.

But once I started to watch it I enjoyed it very much. While it has what I described above it had more. At first it felt like it was going to be a show that the episodes don’t link up very much if at all. It seemed like random battles. But I couldn’t have been more wrong. These random battles ended up being character building. Not building up the MC to be strong but building up the supporting cast of characters. Doing this in a way that doesn’t make the viewer feel like it is a building process is a great feeling. When these supporting characters show up later and play a role in the defeat of Hakumen you feel attached to them. Once you look back you then realize that these random episodes are in fact the building blocks for the characters.

Another thing this series did right was get you to get a bit teary when something happened. But lacked the musical part to make you feel that way. Did they have the music? Yes in some places but they did such a fantastic job of making the viewer attached to the characters that the music wasn’t needed in most cases. For me when Tora died the music wasn’t exactly sad since they did just defeat Hakumen but seeing him die and the connection that was created for me was enough to set a chain reaction of emotions.

But what did fall short for me was the drawn out sequences before the MC started to do anything meaningful. Or not realizing something that the viewer has already noticed. It does make for some cool fighting clips but it is frustrating to the viewer when you figure it out 10 minuets ago and the MC just now figures it out.

The music in this series was well done. I didn’t have any moment when I thought the music playing didn’t go with what was happening.

It came down to losing points in the artwork. But it also would have lost points if it didn’t stick to the original artwork. It came to personal preference. I just didn’t care for it. Then it also lost for the freeze frame during battles and still doing dialog. Never have been a fan of that kind of work.

However the story is great. That is what kept me coming back for me. The character development was great. This lead me to caring about the characters. Even when Aotsuki went back in time (oh yea did I mention this had time travel in it?) to lean how the beast spear was made the little backstory they gave was enough to make you care about the people that died in the past and to understand what they are going though even now as the spear and the spirit that helps the cast along the way.

I would recommend this to anyone who likes action and supernatural. It is a great anime and a great story.