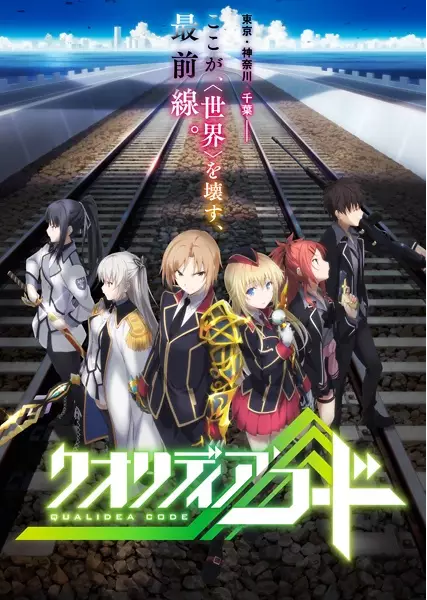 Students with powers fighting aliens what could go wrong? That is what I thought when I decided to watch this series. After watching this one I have mixed feelings about it. I liked it and at the same time I feel meh about it.

The characters didn’t make me attached to them. The backstory we got was aliens attacked, adults put kids in a deep sleep, adults wake kids up and they have powers now and need to protect the world. We got flashbacks for each of the characters we follow during the show but not enough to make me attached to them. When I saw one of the MC we follow die I was surprised due to no death flags being thrown up and when one MC didn’t die for a long time after many death flags only to come and learn that none of the people who “die” died. The idea that the aliens tricked the kids into fighting other humans thinking they are the aliens was a neat idea but at the same time felt like a let down when you discover none of them died. When a MC died it wasn’t a very good trigger for the other MCs to get upset and go berserk. Some just felt bad and continued to work, others seemed like it did nothing to them, but to make up for the ones that it did nothing to one of the MCs went into shell mode and did nothing for a few episodes. But I did get a Naruto vs Sasuke vs Sakuke vibe from the MCs.

The story had me but lost me near the end. Not that I got confused I just felt the direction of the story telling went into needing to finish the story and the creator decided they wanted a happyish ending so they made stuff happen that would make the viewer happy.

Music was great in this one. I enjoyed hearing it and the right tracks got selected for what was happening on the screen most of the time. But like any show it had it’s one song that it liked to play over and over and over again.

The animation was good but it felt like some of the fight portions got cut or they didn’t know how to make them look cool so we would see an big attack go off, fade to white, and pick up someplace different or standing someplace talking.

I gave this anime a 6/10. The characters and the fighting animation brought it down for me. Well mostly the characters. We are introduced to these characters acting one way and the changes they go through during the show is to much change to fast. I understand it is trying to show how the characters have grown as people but way to much growth to fast.

If you take the attachment to the characters out of the ranking it would go up to a 7/10. The story is good up till the last few episodes but the ending of the show was not so good. It felt like a let down. I would suggest this to people who are looking for a Supernatural/Action show to watch. But I wouldn’t suggest watching this over something like Black Bullet or Mahouka Koukou no Rettousei. (You won’t find a page for these two due to watching them before I started to write these)

Overall I was happy with watching this series. I was also happy that I didn’t sit around and wait for this one to come out each week and just watched it all after it finished airing.